On Friday afternoon we went outside to build two igloos.  Snow in buckets made the building blocks for two amazingly well built igloos. 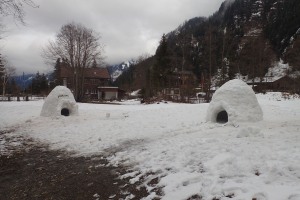 Best igloos we ever built on a Camp Staff Seminar

After this hard work and some tea we continued with a workshop ‘purple cow‘. After the explanation of the concept we thought of purple cows for our own scout centre. When sharing them we heard some good ideas like those on the whiteboard. 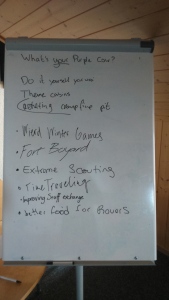