So where does a scout center fit in?

This is a short comment to MoP Coordinator Training post and also to one of the short commings of ECMC in my opinion.

I have two illustrations for you from the MoP Coordinator Training. The first I call “Where does a scout centre fit in?”. This is WOSM view of MoP network as a good illustration. Most scout centres just don’t fit here which leads to two observations. 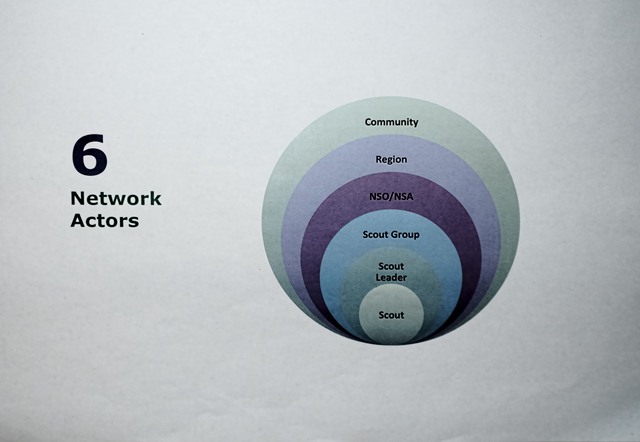 Where does a scout center fit in?

The second illustration is key to understanding how MoP is supposed to work by an amplification effect. This is a key part of the MoP and where the concept of a MoP network is key. Should this model turn out to not give the desired amplification, a lot could change within MoP so if your into MoP, keep monitoring this.

Or explained using a flip board

How WOSM hopes MoP works out. One good thing leads to another.

Ex. Coordinator for Goose-Network 2012-2014 and de-facto coordinator 2015. Former resident program manager at Vässarö and generally a nice guy. Member of European Guide and Scout Centre Managers Conference 2013, 2015 and 2017.
View all posts by Martin Eliasson →
This entry was posted in CMC, Programme, WOSM & WAGGGS and tagged CMC, ECMC, flip board, Messenger of Peace, programme. Bookmark the permalink.